In this exclusive extract from the new edition of Writers' & Artists' Guide To Writing for Children & YA, Linda Strachan - author of over 70 books - offers some things to consider if you're a writer looking to break into the Middle Grade market.

Middle grade is a term that relates to books for more conﬁdent and independent readers. Although there are many diﬀerent interpretations, usually it is considered to mean readers between seven and twelve years old. By eleven to thirteen, they are often reading the younger end of YA books, but the real diﬀerence in the classiﬁcation at the top end of middle grade and the younger end of YA is more about content than ability to read the text.

Middle grade characters are generally ten to thirteen years old, and character age is a good indicator of whether a book is middle grade or not.

Within this category, there are naturally diﬀerences in length and style, but one of the main considerations is the content and the emotional development of the reader. Middle grade books can cover a huge breadth of content in both subject matter and issues that aﬀect this age group, but they stop short of the more diﬃcult or darker teenage and YA subjects such as self-harm, drugs, suicide and sexual relationships.

Middle grade is a great area for adventure stories, funny or quirky ideas, magical and fantastical characters with detailed world building, but also thoughtful, quite complex and deeply moving stories, particularly at the upper end of the age range.

It includes in-your’s-face ‘streams of consciousness -style books, many of which feature black- and-white illustrations, in a cartoon style. Books such as The Treehouse series, written by Andy Griﬃths and illustrated by Terry Denton, are aimed at readers aged seven and above. They are lots of fun and you can ‘hear’ the author’s voice, drawing the reader into his view of the world, partnered with humorous drawings. Other examples are the Tom Gates series by Liz Pichon or Diary of a Wimpy Kid by Jeﬀ Kinney.

But middle grade also incorporates a few well known and very successful fantasy series that challenge the imagination, such as A Series of Unfortunate Events by Lemony Snicket, How to Train Your Dragon by Cressida Cowell and Septimus Heap by Angie Sage.

Most of the following advice applies to all stages of middle grade, and in fact some books will work for a wider age range than suggested because books, like people, do not respond well to being pigeonholed and some children will read much more widely than their calendar age suggests. Again, you will never go wrong with a great story well told, and with excellent characters that your reader can believe in and care about. 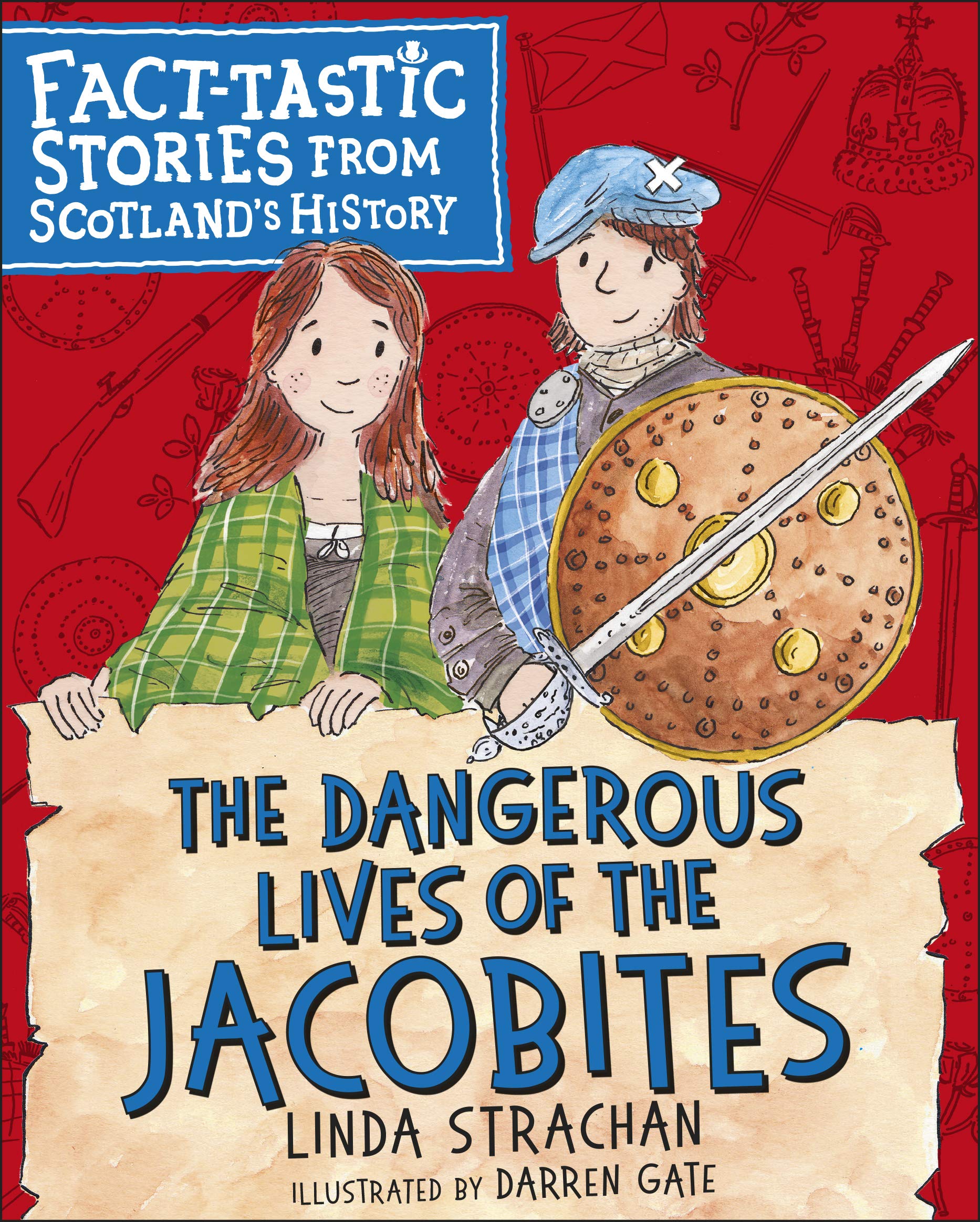 Books that ﬁt into this category can be anything from 5,000 to over 25,000+ words. At this stage, there are often still great diﬀerences in the reading ability or maturity of the reader, and therefore books can vary from simple, relatively short publications, or longer texts with some cartoon or comic-style images scattered throughout, to much longer novels suited to the competent readers at the top of this age range.

Whether they’re reading a series or stand-alone book, something humorous or more serious, children deserve believable characters, and exciting and entertaining plots. With careful use of dialogue and clever use of twists in your story, you can create strong characters and situations that make the reader desperate to see what happens next, irrespective of your word count.

Deciding what to write can be tricky because there is such a wide range of format, genres, maturity and style. A story that is exciting, intriguing, original and fun will always be pleasing, and the possibilities are almost endless. Subject matter might include fairies, dragons, football, families, real life, fantasy, science ﬁction, and of course humour, which is always popular for this age. Place yourself in the mind of your young reader, and you will soon realise that you want entertainment, sometimes a bit of danger, or a giggle, true friends and some weird characters.

There are so many distractions and other things for a child to do, so why would they stop to read your book unless it grabs them from the outset and the characters quickly begin to matter to them?

There are many hilarious comedic books for readers at this stage. For example, in the ﬁrst of the series, Rumble with the Romans by Gary Northﬁeld, Julius Zebra – who bridles if anyone calls him a stripy horse – lives in Roman times and tangles with a grumpy gladiator. In Knighthood for Beginners by Elys Dolan, we hear that all proper dragons love knitting, but Dave is not so good at being a dragon or a knight, and his steed, Albrecht, is a goat! Lots of cartoon-style illustrations and not too much text make these books less intimidating for the younger reader.

The Beasts of Olympus series by Lucy Coats shows how you can take Greek myths and create exciting new adventures for a modern audience with credible and entertaining characters. For children looking for gentler, enchanting stories, the Magical Kingdom of Birds series by Anne Booth and Rosie Butcher features Maya, a girl who loves birds and animals and who falls into a magical land through a picture she is colouring in. These books are about the natural world but still incorporate gentle fantasy and magic, making it a perfect mixture.

As a writer, it is important to write about what excites or interests you.

If the magical and the fantastical aren’t to your taste, there are plenty of children who also want real-life stories and to read about kids like themselves or how they might imagine their lives could be. It is always worth trying to get a new perspective that makes us look at the world diﬀerently.

In Do Goalkeepers Wear Tiaras? by Helena Pielichaty, in which a girl starts her own all-female football team, even the title makes the point that approaching a subject in a diﬀerent way can work exceedingly well. Only slightly longer, and still a very accessible length, is Just Jack, written by Kate Scott and illustrated by Alex Gunn. This book shows emotional growth in a character as Jack, who has moved house several times since his dad left and is used to starting new schools, tries to ﬁt in and be what people expect. But he eventually discovers that it’s okay to be yourself, to be Just Jack.

Young middle grade readers are still making sense of the world around them and the things that happen in families. It is good to remember that children think that their experience of life or family is the ‘norm’, but strangely they also often imagine that they are the only ones feeling the way they do about things that happen to them or around them.

A child’s reading skills and text comprehension are normally well developed by this stage, so you can be more subtle in your writing and make use of more complicated storylines. In fact, most of the diﬀerence between older middle grade and YA books is not about length or language, but  content Readers can now tackle novel length books of around 50,000 – 70,000 words, although shorter books also work for the less conﬁdent readers in this age group. (There has been a trend to produce longer novels for this age group, remember that even relatively short books can pack a punch in terms of content.)

They can also cope with older or more complex storylines and themes, but be wary of straying into YA territory with content that is too old for the reader. Middle grade can cover many diﬃcult ideas or concepts, such as grief and loss, bullying, problems with parents and a naivety or confusion about how the adult world works, but everything must be resolved, mainly by the young characters, in one way or another by the end of the book, leaving the child reader with a sense of security, not fearfulness. If you want to write about sex, drugs and rock and roll, you’re aiming at the wrong audience.

If your book is to be part of a series or to have a sequel, you can get away with some subplots not being completely resolved, giving the reader some continuity when they read the next book. This doesn’t mean that you can leave the main plot hanging, however; the sequel may never be published, for a variety of reasons, and your reader will want some kind of closure for the main characters.

If you want to write for this age and level you should read widely, there are so many great examples in diﬀerent styles and it will also give you a feel for what works and is publishable. Your reader might be intrigued by your title and the premise of your story, but that is not enough to carry them to the end of the book unless you fulﬁl their expectations along the way, although perhaps not always in the way they expect. Keep things surprising and interesting. Make sure you don’t disappoint them with a let-down at the end. A good story should feel like a good meal, tasty and surprising but with a sense of completeness and satisfaction by the end.

Anything is possible, and all the writer has to do is make it credible.

The W&A Guide to Writing for Children and YA provides informed, practical advice from a successful and experienced writer of children's books across all ages. Its coverage includes picture books through middle grade and young adult; fiction and non-fiction; books for reluctant readers and books for the education market. It is one author's lifetime of experience distilled into an engaging guide on how to manage, kickstart or begin your writing career. You can order your copy now.