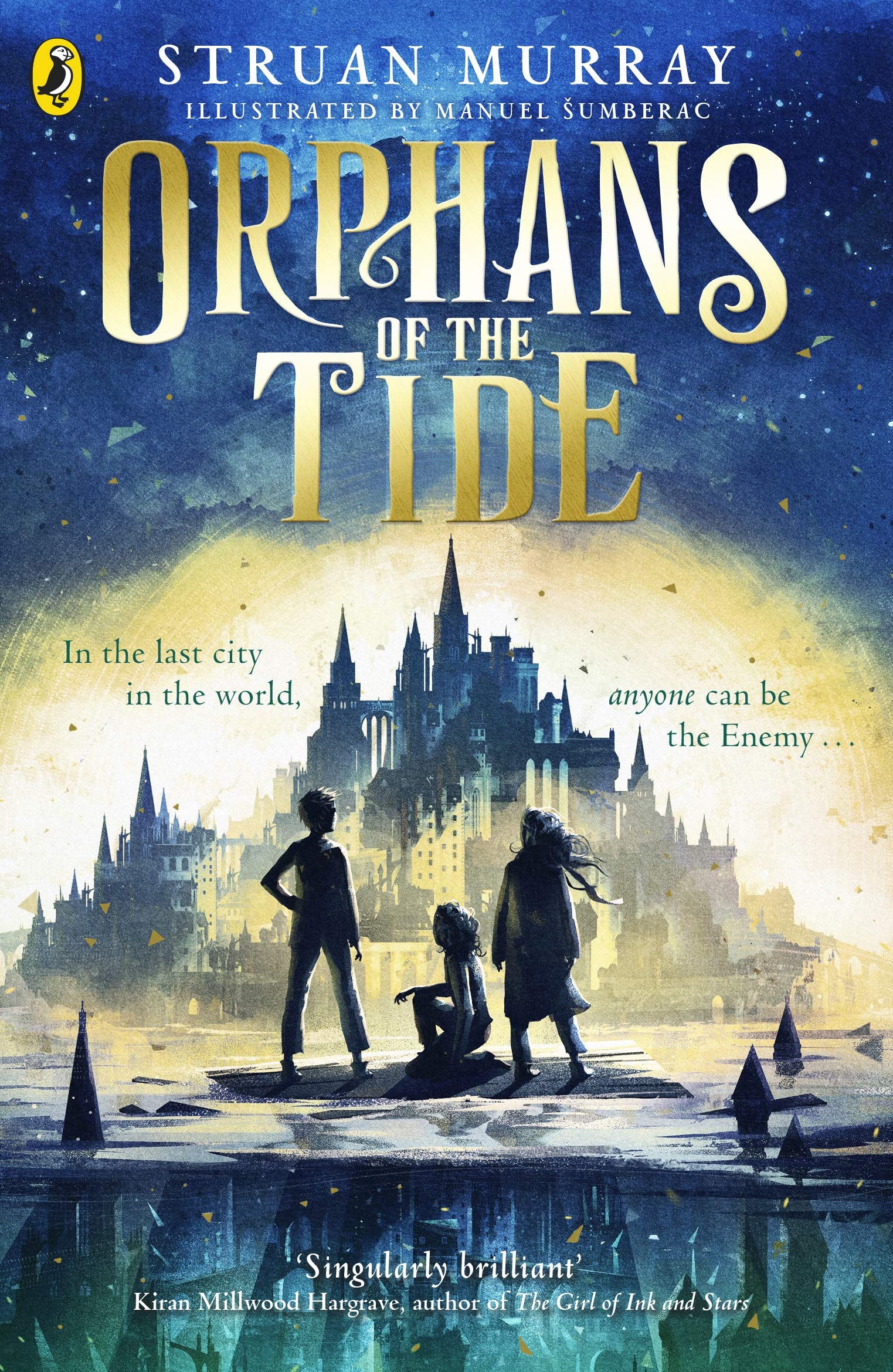 Creating fantastical worlds is why I write. I love those initial moments where a world is freshly forming in your mind, when you can feel the flow of possibility — what does this world look like, what makes it unique and exciting?

This part is intoxicating, and typically lasts for a few seconds before it’s replaced with frustration and despair. Because what does it look like? How can I make it unique and exciting when there are so many fictitious worlds out there already? How can I tell a story in this world that doesn’t exist yet, and how can I come up with a world when I don’t know the story?

For those adrift in their world building, here are some things that helped me when writing my children’s fantasy novel, Orphans of the Tide:

With Orphans of the Tide, the seeds of both the world and the story both came from the same place. An image had got lodged in my head: a whale on a chapel rooftop. I’d been struck by this idea after watching videos of beached whales exploding (thanks, YouTube), and couldn’t shake it from my mind. How did a whale get on a rooftop? What is a chapel doing in the sea? In trying to answer these questions, I found I had unwittingly laid out the structure for the first chapter, and already the texture of the setting was forming in my mind: a world of submerged buildings, sea creatures and religious superstition.

A Place on Earth

Drawing on actual places will give your setting a tangible realness that will help convince the reader that it could truly exist. Part of the main drive in writing Orphans is that I wanted its setting to feel like a fantastical version of Edinburgh. The City is populated with the same imposing gothic architecture and cramped alleyways, but deeper than that, I also wanted the City to reflect the way I feel when I explore my home town. Edinburgh is a city built on a city, and it’s impossible not to walk through it without wondering what mysteries are hidden in the abandoned streets beneath you. You might find it helpful to think about the places in your own life which leave a big impression on your imagination.

Settings can be weaponised to great effect, by contrasting them against your own character to heighten the conflict. The City is a patriarchal world in which women rarely hold positions of power, meaning the main character, Ellie, is constantly overlooked and undermined as a young inventor. It’s a superstitious place that doesn’t value her brand of scientific thinking, and suspicious too, meaning she is constantly struggling to hide her own dangerous secret. When planning out your world, it’s important to reflect on how that will impact your characters in negative ways, and how your protagonists might work to overcome those challenges.

The Cultural Iceberg Model was an idea developed by the anthropologist Edward T. Hall to describe how a society’s culture can be divided into the things that are immediately obvious - technology, clothes, food etc. - and the rest which is not - sense of humour, prejudices, religious beliefs. When world building, thinking about the parts of the iceberg above the water can help to figure out the parts beneath. My early drafts were stuffed with scenes in which the main characters were eating lavish meals— I even went so far as to try cooking some of them myself! Every one of these scenes was rightly cut, but the process was not a waste — in thinking about the food I had to also think about where it was actually coming from. This led to the creation of Whale Lords — part trophy-hunters, part legendary fishermen, who became a major part of its mythology. It might help to imagine would be immediately obvious to a visitor to your world, and how those first impressions are supported by ‘invisible’ structures.

Creating worlds might be my favourite part of novel-writing but it can be a dangerous pastime to indulge, because ultimately your job is not to create a world but to tell a good story. A fictitious universe can contain a seemingly infinite amount of information (see, for example, a Star Wars wiki), and if you’re too obsessed with fleshing out the details then the world might begin to eclipse the story. A setting should be the story’s essence made manifest, so it’s important to pull out and highlight only those details most crucial to the story. My advice is to have fun creating the real textures of your world, but if you find yourself procrastinating by reading your sixth book about 14th Century button manufacture - step away!

Struan Murray is Scottish and grew up in Edinburgh, the youngest of a large, rowdy family of redheads. His first publication was a drawing in Pingu Magazine, aged seven. Orphans of the Tide is his second. When he's not writing, Struan is a lecturer at the University of Oxford. The Orphans of The Tide is available now.